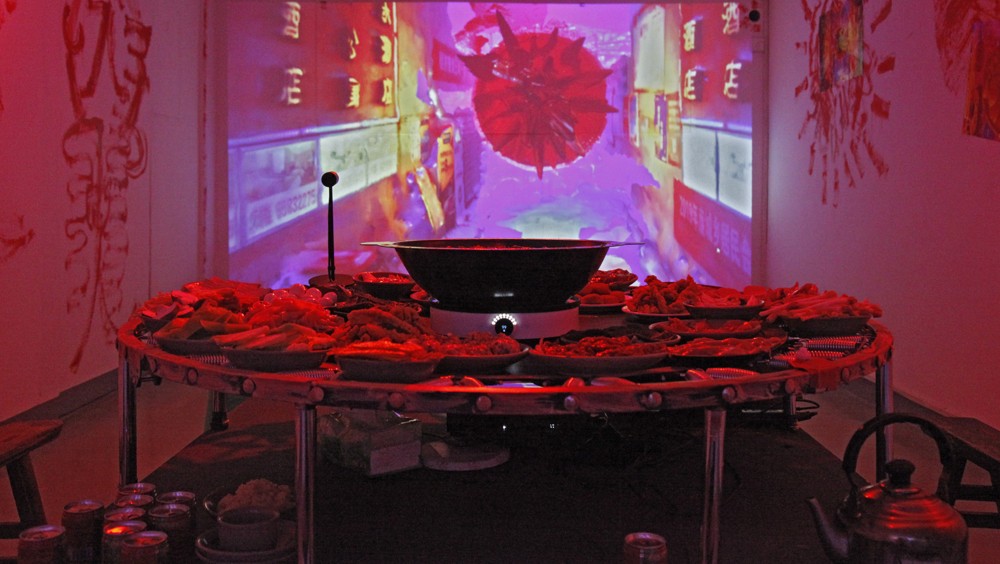 Curatorial Preface
This work is part of the “HyperBody” series by Hyperbation art duo.

Hyperbation is an interdisciplinary artist duo formed by Pete Jiadong Qiang and Mingxuan Xie, who remix, recreate and rediscover the relationship between the human body and digital technology. They create alternative mixed reality architectural experiments aimed at erasing the boundaries between virtual and physical spaces, while expanding the notions of gamification, hyperization and hyperlocalization. Hyperbation merges contemporary art, architectural, anthropological and digital media practices, and makes use of both cultural and technological tools to their ultimate limits.

In the “HyperBody” series, the duo chose three different “HyperBody” from three geographical locations including Dunhuang, Beijing and Chungking to create in site: the “Hyper-religious Body” from Dunhuang Grottoes, the “Hyper-sexual Body” from Beijing and the “Hyper-gastronomical Body” from Chungking Hotpot. Based on seemingly unrelated Dunhuang religious culture, Beijing sexual minorities and Chungking hotpot culture, they select physical architecture, cultural image and sub-cultural genes to re-create the local cultural elements, and introduce violence aesthetics, three-dimensional scanning, VR technology to build up a multi-dimensional space in post-human era, which is spatial-temporal, cross-regional and cross-cultural. Each offers an expansion of the Maximalism research approach they explore within their practice, based on visual excess. By conducting field work at these sites, they hope to redefine the spaces around the human body in order to ultimately lead them to the “HyperBody” – a multi-reality space that mediates between the physical and virtual spheres. 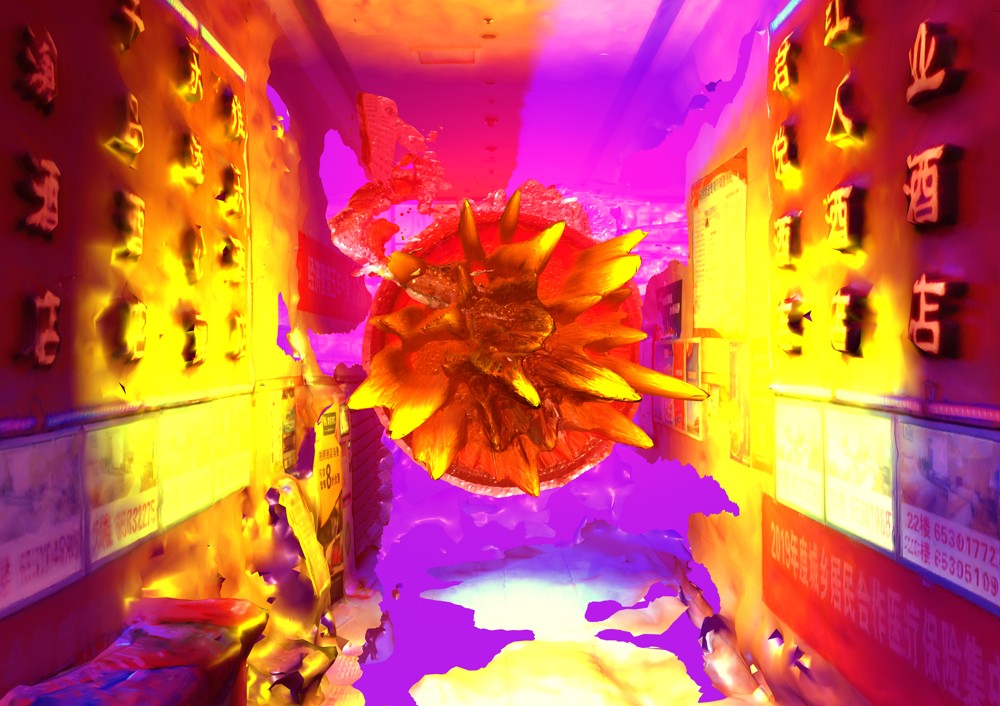 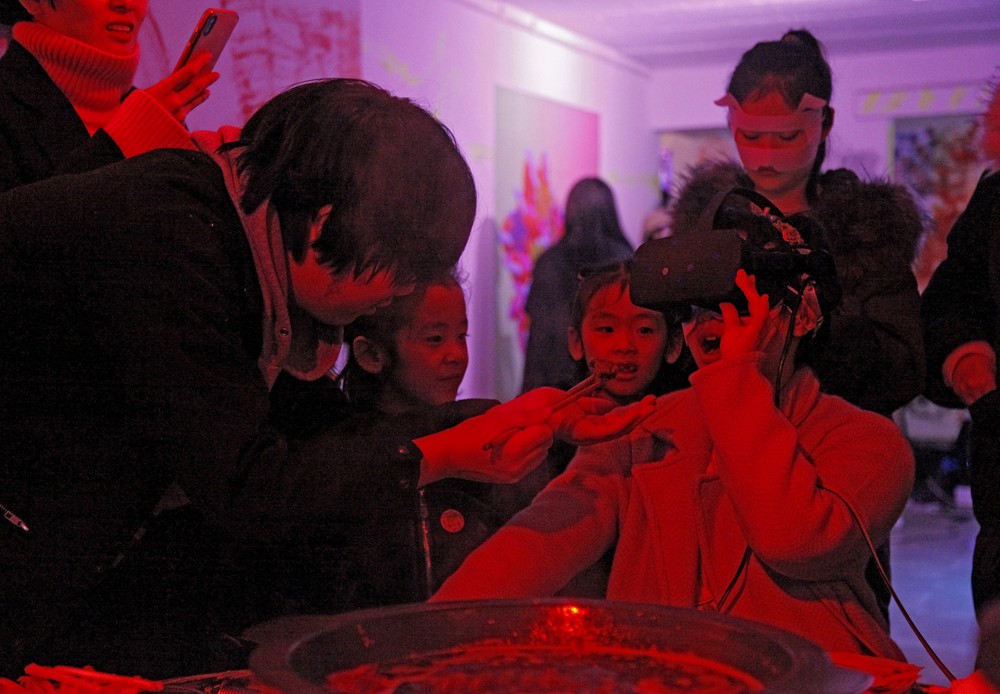 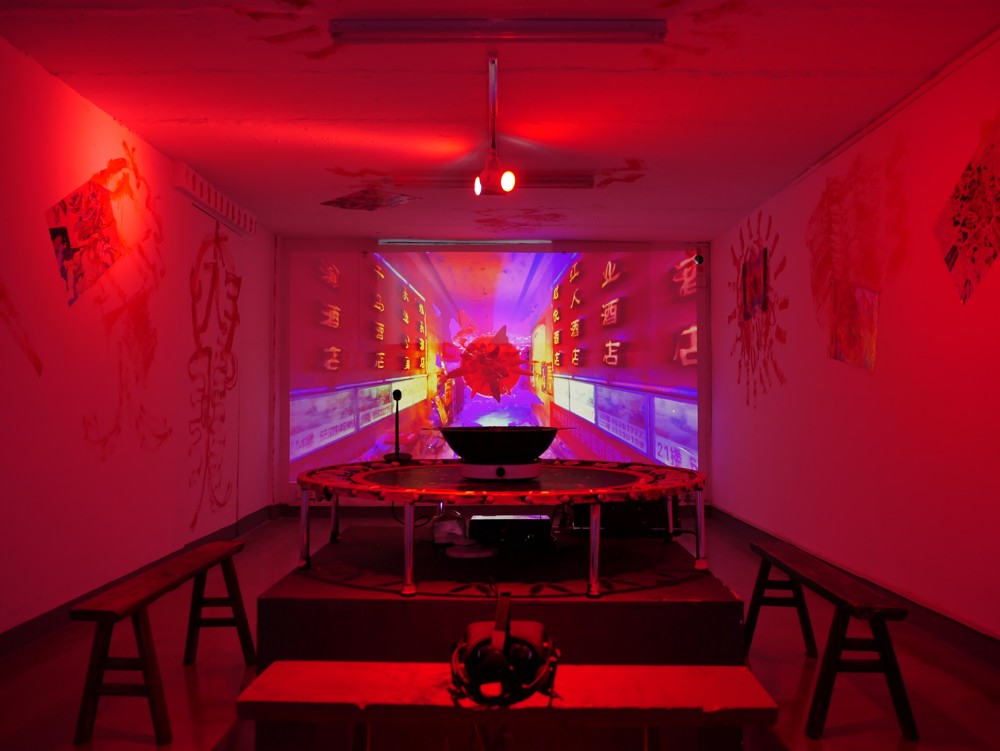